The cemeteries were maintained by the whalers whilst the stations were operating. Subsequently, some maintenence was undertaken by the British Antarctic Survey and the military garrisons stationed on the island. Since the early 1990s the South Georgia Museum Trust, and then the South Georgia Heritage Trust, has maintained the Grytviken Cemetery.

Other visitors have occasionally carried out maintenence.

In December 2003 the BSES Expeditions team of young people re-erected some fallen headstones at Leith, and repaired fences at Leith and Husvik. 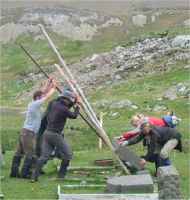 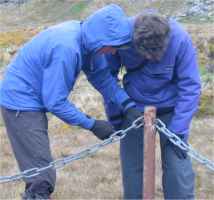 In January 2016 a team from the South Georgia Government station at King Edward Point visited the ocean Harbour cemetery and installed six new crosses to replace the old ones that had fallen apart over the preceding decades. Only one cross, marking the grave of Carl Edvardsen, was still intact and in good condition, though leaning over. It was not replaced but just set upright again.

The remains of six other crosses, most of them broken-off stumps, were replaced by replicas that had been made according to measurements gleaned from old photographs and recent visits to the stumps. They were built by the South Georgia Government building team at King Edward Point two years ago, and stored in the single old whaling station building at Ocean Harbour for a year.

One cross each... Ray, Russ, Matt and Roger 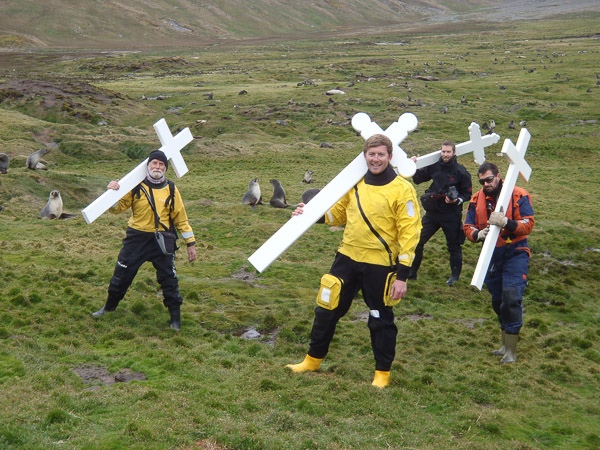 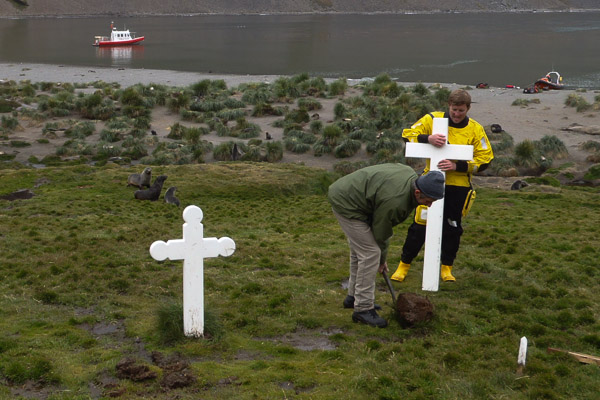 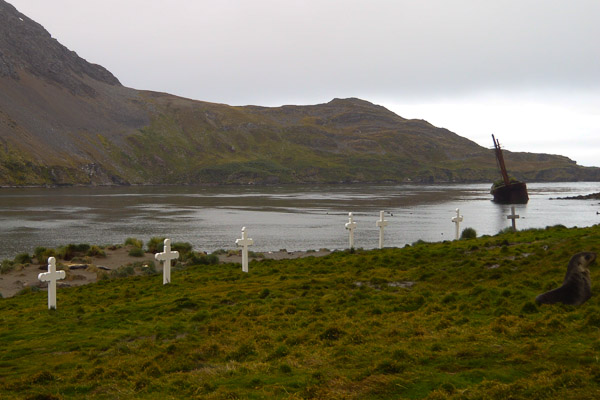 Compared with twenty years ago: 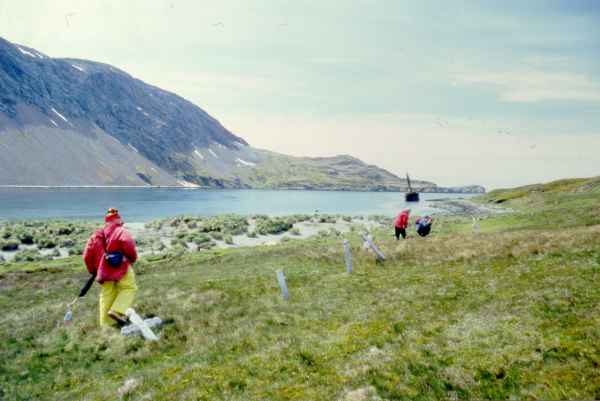 and looking the other way. Two years ago... 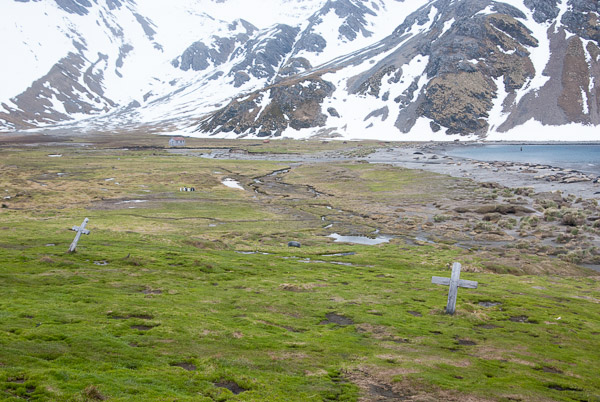 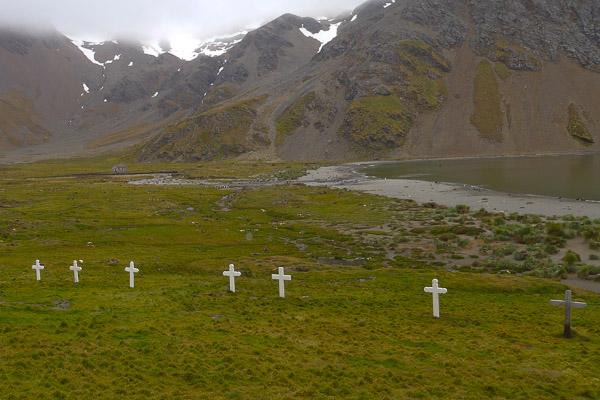 Pat and Sarah Lurcock spent the southern summer of 1998/99 tidying up the cemeteries at Leith, Stromness and Husvik.