Tom Robertson, in Gibbie Fraser's book Shetland's Whalers Remember, tells us that Akseth, who was station manager at Leith, fell between two catchers and was crushed. Robertson says "It was a sad time because he was a gentleman and nobody had a wrong word to say about him." There is a photograph of the funeral on page 26 of the book.

On page 74 of the same book Stuart Gray tells us "A sad incident that I remember was when the station manager, a very fine Norwegian man, Sverre Akseth, was killed. A whale catcher had come in from Grytviken, an Argentine station about 20 or 30 miles away, With something in her propeler. This catcher was alongside one of our whale boats and the manager had gone down to watch our diver clearing it. The rail of a whale catcher was very low and he went right down between the boats. There was a bit of motion in the sea and he got crushed between the two catchers. The men hauled him out right away but he was dead. He was also buried in South Georgia."

Documents in the JCMA tell us that he applied for British citzenship so that he could settle in the Falkands, but was turned down. 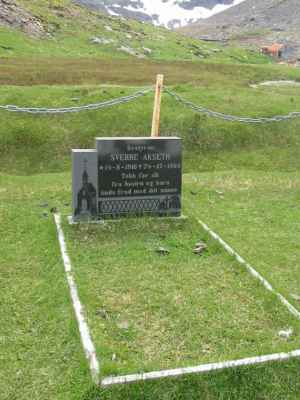 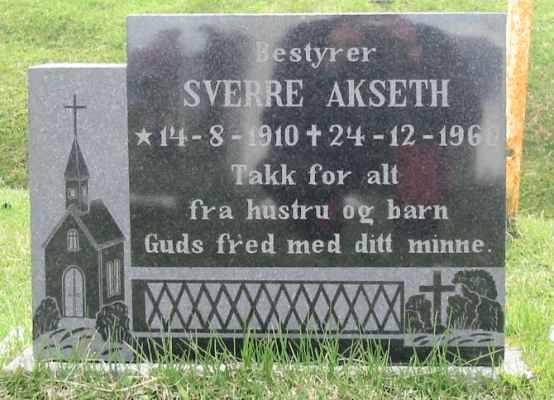 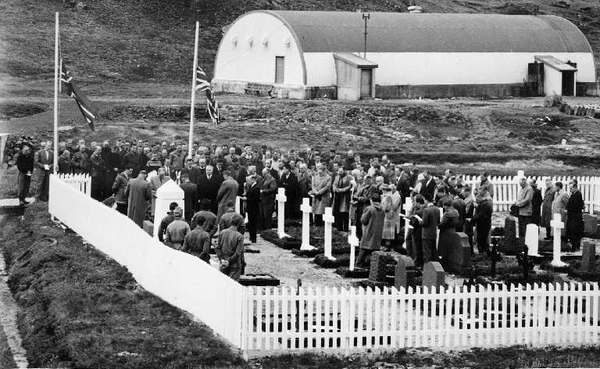