This grave is not in the main cemetery but down at Pig Point, on a hilltop next to the piggery.

The two named vessels, Mary Jane and Medina, sailed together; hunting Fur seals for their fur.

The original grave marker was removed to the Museum at Grytviken in March 1998. It has been replaced by a replica, built by Curator Tim Carr. Due to fur seal activity the replica could not be replaced in the original position, so for many years it was not in the right place or aligned correctly. In March 2018, it was finally relocated to the correct position, which had been marked by a piece of pipe. 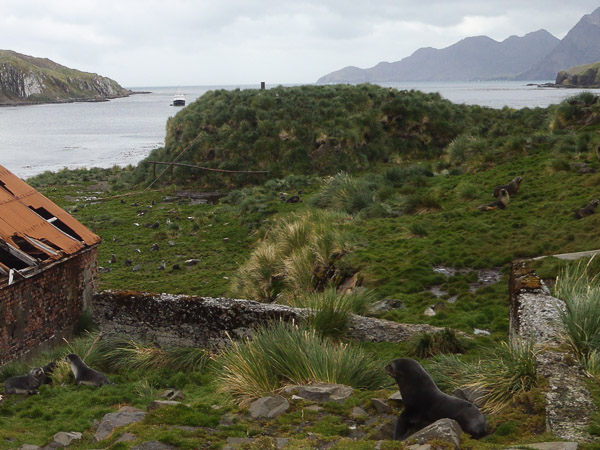 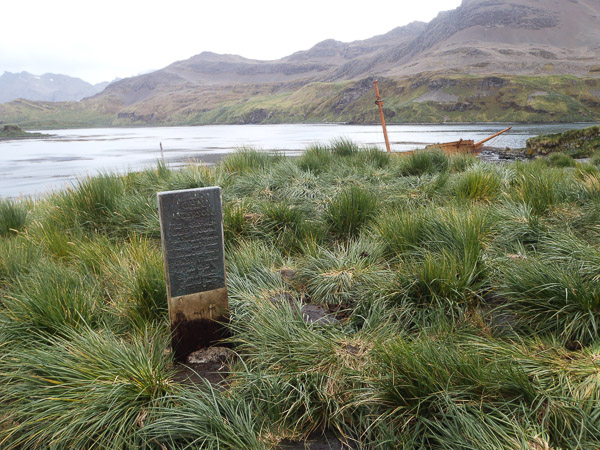 A photograph of the original marker, by Bob Burton: 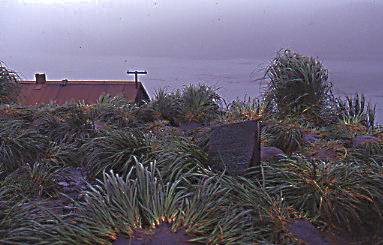 The replica marker in its first position, with a length of pipe showing the correct position: 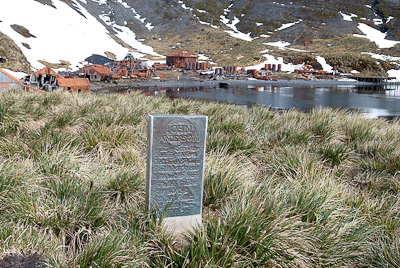 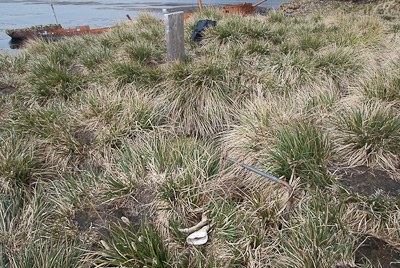 The original grave marker is in the Museum at Grytviken. 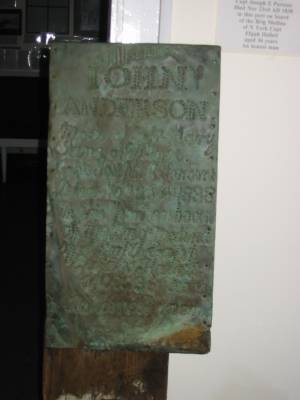