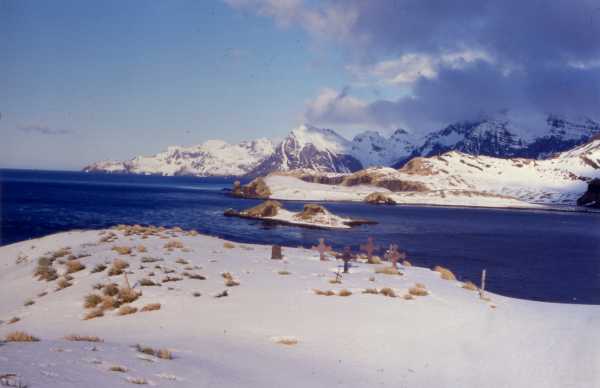 The main burial site is on top of the hill behind the station.

The Prince Olav Harbour (also known as Gladstone Harbour or Rat Harbour)  whaling station was established in 1911 by the Southern Whaling and Sealing Company, who based their factory ship Restitution there until 1916, when she sank off the Scilly Isles whilst on her southward journey. A shore station was then built and operated from 1919 until 1931.

Catchers G.D.I.  and C.D.J. (named after the company owners Irving and Johnson) operated from 1911. Another catcher Southern Princess operated from there in the 1921/22 season. New catchers Southern Spray and Southern Wave were used from 1925. Catcher Southern Sky was lost in a storm off the Welcome Islands in 1929, with the loss of 13 lives

There are two burial sites at the station. Early graves, including sealers such as Iohn Anderson, were buried on a knoll at Pig Point at the edge of the station. Later graves, from 1923 on, are found in the more obvious cemetery further up, on the top of a nearby hillside. A few stumps and a poles show where there were once a fence or boundary markers. 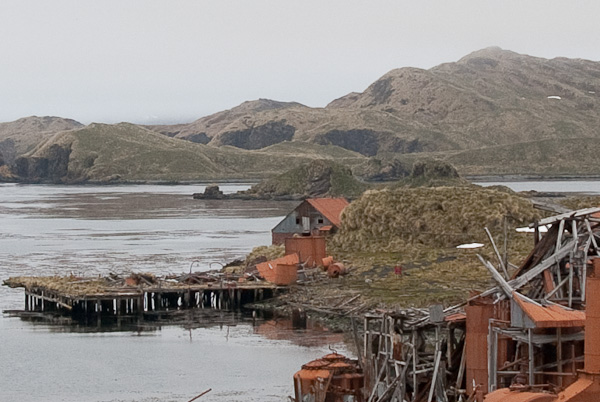 In his book 'Logbook for Grace', Robert Cushman Murphy wrote of his visit in March 1913:

Near this station are some graves of american sealers dating from early in the nineteenth century. They are at the top of a little tussock-grown knoll, only a few yards from the shore, and their epitaph is pricked on a sheet of brass. I neglected to copy it but my memory is that they were members of the crew of the schooner 'Elizabeth Jane' of New York, who died here in 1835.

The promontory between Possession Bay and Prince Olaf Harbor is greatly waterworn and is pierced along its base by numerous deep caves that we could see from the whaleboats. In one of these, we were told, an ancient skeleton of a man was found only a few weeks ago.

The brass plate on Iohn Andersen's grave tells us that the vessel was actually the Mary Jane and that they died in 1838.

Two photographs from an album in the Sandefjord Whaling Museum, courtesy of Geir Røsset, show a headstone at the upper graveyard. The stone is no longer visible there, which is a bit of a mystery. Note there was a flagpole there as well. The album is marked: "Photographer: Magn. Himberg, "Southern Studio", Prince Harbour, South Georgia" 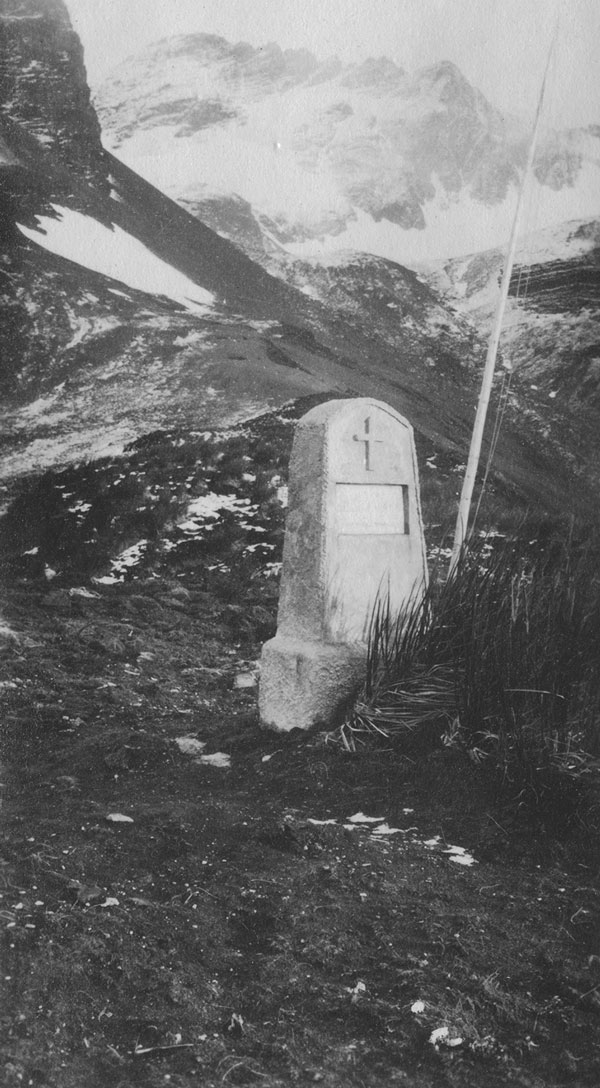 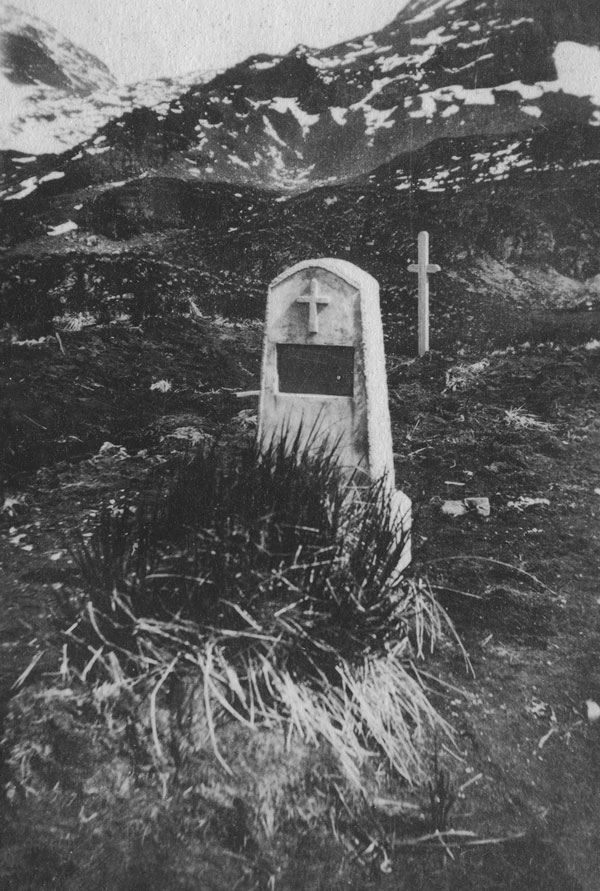 Both burial sites are inside the Prince Olav Harbour Prohibited Area, designated by the Government in 2010 to prevent access to the dangerous station site.