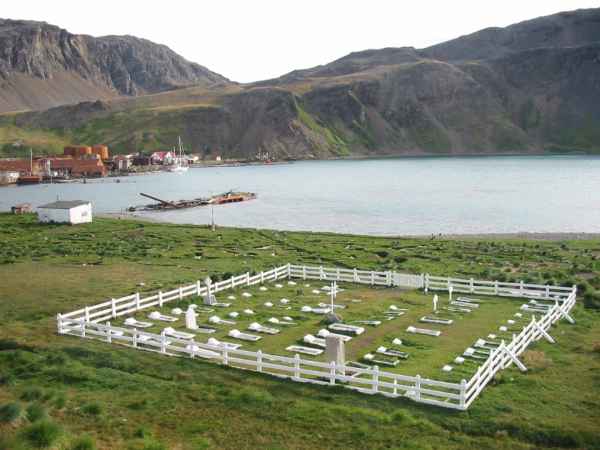 The Grytviken cemetery lies near to the abandoned whaling station in King Edward Cove. The station operated from 1904 to 1964 and was the first shore-based whaling station operating in South Georgia. 64 people are buried here, including early sealers from the days before the station operated, Explorers Sir Ernest Shackleton and Frank Wild, and Felix Artuso, a Submariner who died during the brief Argentine armed occupation in 1982. Nine graves are from the winter of 1912, when a typhoid epidemic hit the station.

Many visitors come to South Georgia each year - tens of cruise ship visits bring thousands of visitors in the summer as well as scientists on research ships, military visitors and yachts. Most come to see Sir Ernest Shackleton's grave in particular so the cemetery is popular. 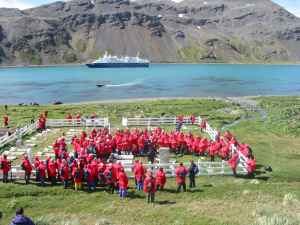 The earliest description of the cemetery was by Otto Nordenskjöld's 'Antarctica' expedition in May 1902. The ship visited South Georgia while Nordenskjöld was wintering in the Antarctic and anchored in Maiviken ('May Cove' in Swedish). In May 1902 J Gunnar Andersson walked to a cove that they called Grytviken ('Boiler Bay' in Swedish, now called King Edward Cove). Here he found:

.. a number of whalers' graves at the south side of the bay. It was a pretty little place - a smooth bit of turf close to a rippling brook, which fell, a fleecy white force, down the side of the mountain. A few pieces of wood thrust into the earth mark the graves, and on three of them are inscriptions which are still legible. 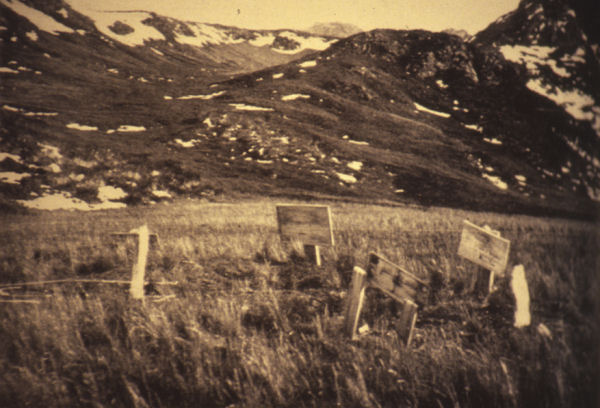 In Wilhelm Filchner's book To the Sixth Continent - The Second German South Polar Expedition, the story of his expedition on the Deutschland,  he describes a visit in 1911: 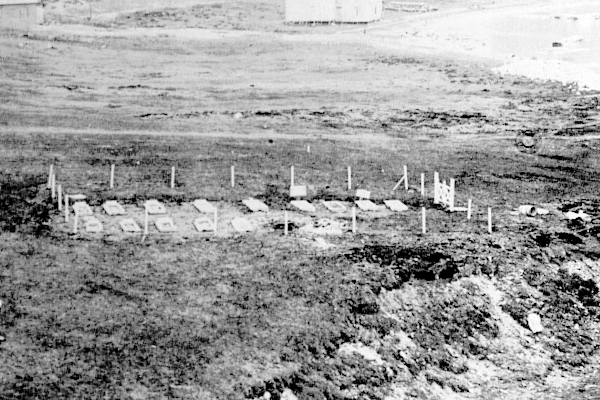 Early photograph from the HISTARMAR (Maritime and Archeological History) website. The fresh grave (A8) indicates that the photograph was taken in 1914.

In his book 'Sea Elephant - the Life and Death of the Elephant Seal' L Harrison Matthews writes:

..the Esther of London was there in July, 1846, when she buried her surgeon, W. H. Dyke, and four sailors who died of typhus, at Grytviken.

The cemetery is accessible to anybody at any time. To prevent trampling of the other graves, visiting groups are asked to limit the number of people inside the cemetery at any time to 100. Please leave the gate closed when you leave to keep the wildlife out.