Drone picture of Stromness in 2018 courtesy of Brent stewart: 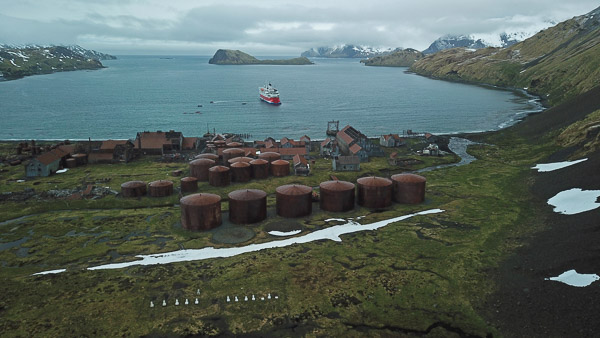 The Stromness whaling station operated from 1913 to 1931, after which it was used a ship repair yard until it closed in 1961.

The Stromness cemetery has thirteen visible markers and three or four depressions. Records show fourteen burials so one may assume that there is at least one unmarked grave.  Only three graves can be identified with individuals.

The cemetery is inside the Stromness Harbour Prohibited Area, declared by the Government in 2010 to prevent access to the dangerous station site.