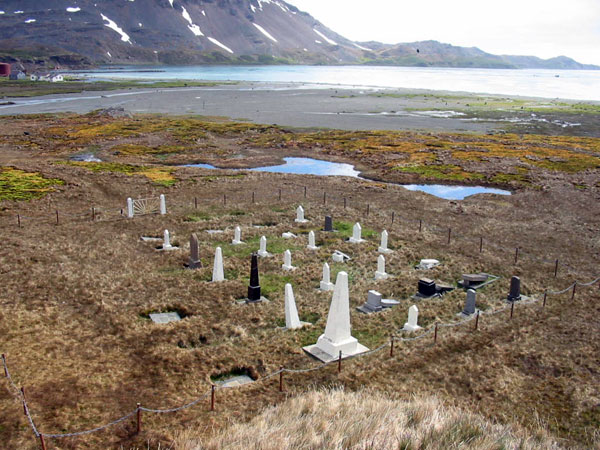 The Husvik cemetery is a little way South of the station. 34 men were buried there between 1924 and 1959.

The cemetery is well outside the Husvik Prohibited Area, declared by the Government in 2010 to prevent access to the dangerous station site. Husvik is also an approved visitor site, so cruise ships and yacht-based visitors may visit the cemetery. 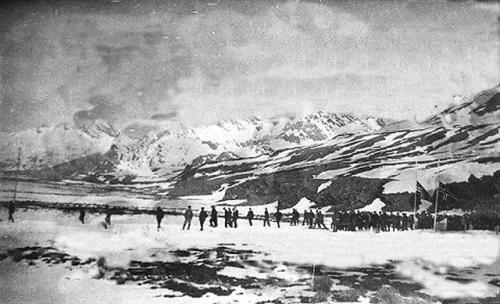 Below are four pictures of a funeral procession at Husvik. Courtesy of Odd Galteland, who says it may have been in 1926, in which case it is the funeral of Ludvig M Larsen. However this is by no means sure. 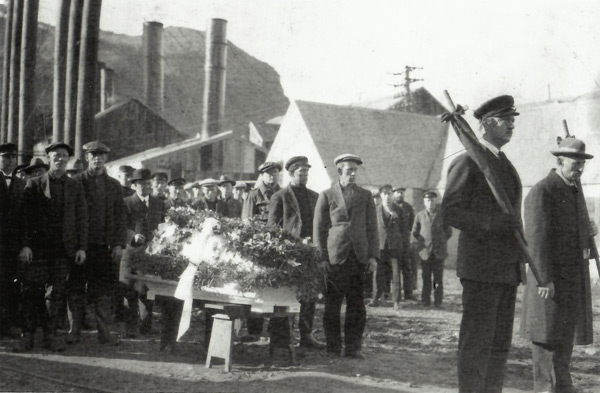 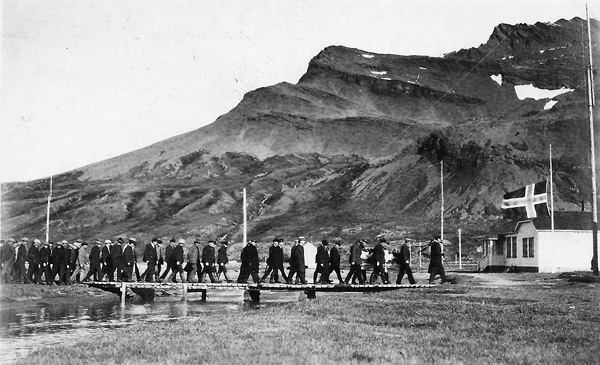 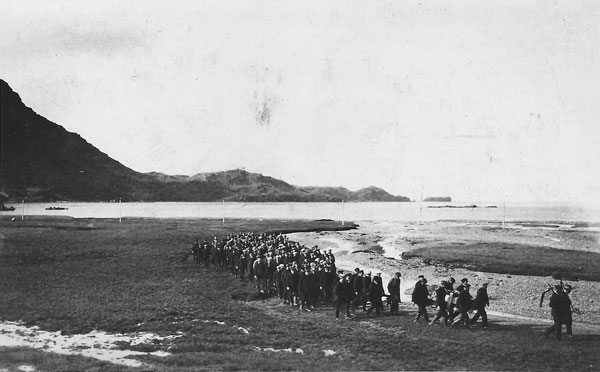 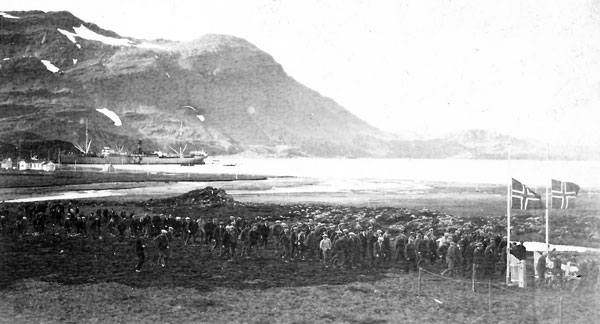 The following picture, courtesy of Geir Rosset, was taken in about 1917 by a crew member of the factory ship Thor 1, which operated at Godthul.The grave of Ludvig Samuelsen is visible, which dates the photo long enough after May 1916 for the headstone to have been erected, so probably at least the following summer (November 1916). There seems to be a fresh grave, which would explain why someone took the photograph, and the position would be right for one of the 1918 burials - Bernhard Bergersen,  Harald Hansen, or Lars Johnsen (there were no burials or deaths recorded in 1917, either at Husvik or Godthul). 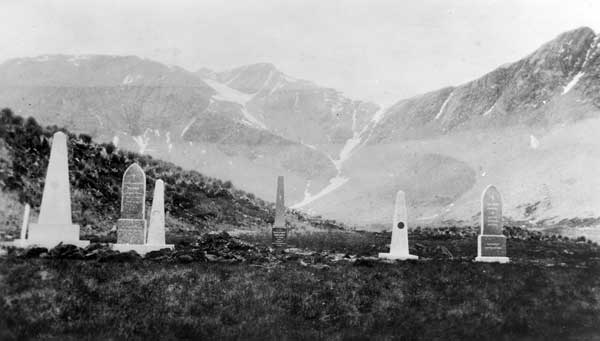