The Husvik Grave Book tells us that Julius was a whaler who was brought to the Leith Harbour hospital from 'S/S Anglo-Norse' and died of stomach cancer. He was the uncle of manager Gullick Jensen. He was buried on 31 March 1931.

The dates on the stone don't add up: According to the Register of Deaths he died on the 29th, not the 26th. The register gives his age as 70, whereas he would have been 69. Still, either is pretty venerable. 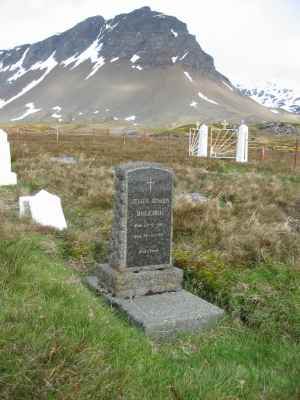 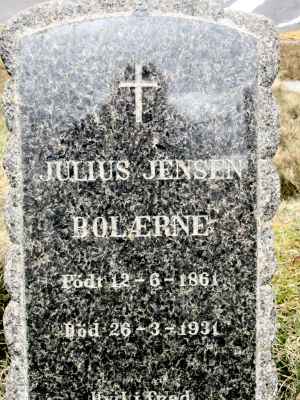