Anders was one of three men killed in an avalanche in 1929. All three were buried on Mon 19 August. The avalanche destroyed a number of buildings, including the foundry, cookery, and carpentry shop. These buildings had survived a previous avalanche in 1920 and hence were still in the area known as 'Jericho', which had been left when the station moved along the coast a little (to 'Jeddah').

Anders was a smith. He lived in Ek (Eik) outside Tønsberg and had a wife and grown-up children. He had worked for Salvesens since Leith station was built, having been the first person to land in 1909 to start building the station. He was a popular 'old school' worker and not a clock-watcher. Very sympathetic he was friends with everybody. In all his time there he only spent two summer months at home each year. This was to have been his last winter, and he had left instructions during his previous summer at home for his house in Ek to be extended. 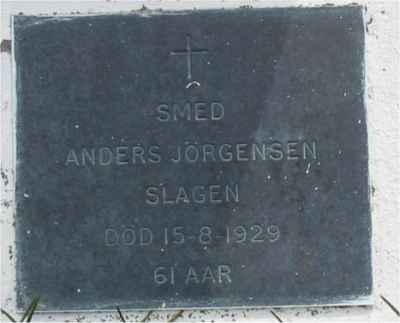 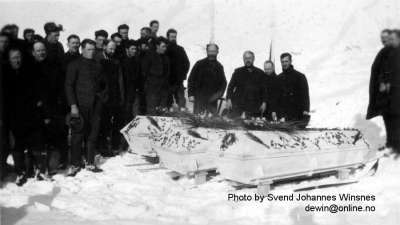