Larsen's death is not registered in the Register of Deaths.

The SPRI Records tell us that he worked on the catcher 'Bouvet III' to the factory ship 'Salvestria'. Larsen had joined the ship on 28 February to replace an injured seaman. He died at sea in 60° 30' South 54° 0' West, when a fairlead collapsed as the vessel was bringing a whale alongside in heavy weather. The factory ship's doctor attended immediately. 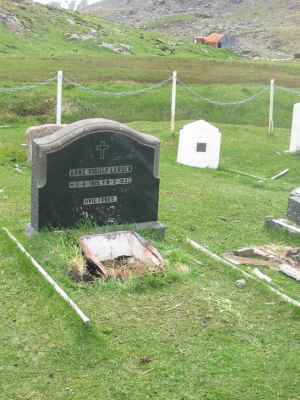 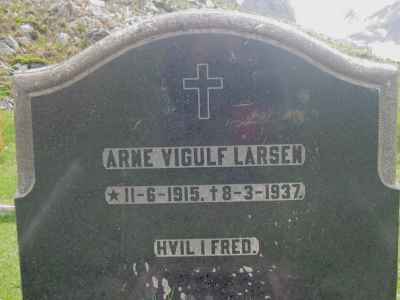