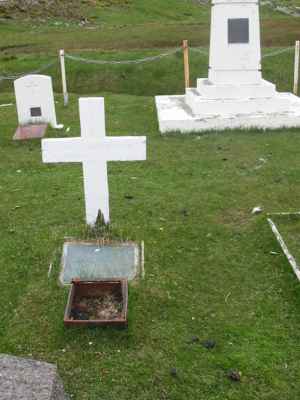 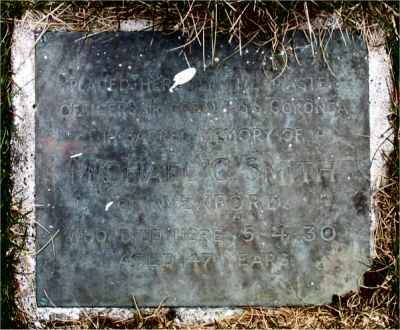 We received the following from his Granddaughter Geraldine Finlay in 2011:

My grandfather, Michael Christopher Smith, worked on the S S Coronda which sailed from Liverpool to South Georgia. During the voyage in 1930 he fell into the hold & died at sea. Upon docking at Leith harbour he was buried in the main cemetery. B10. The plaque was placed by the master & crew of Coronda in his memory.

A native of Wexford town Ireland, he came from a sea faring family who lived in the Faythe area of the town. He left his wife Mary Kate (Doyle) and four children, Michael, Joan, Myra (Duggan) and Georgina ( Willis).  My mother Myra was ten years when he died. In my childhood home Shackleton's " South" was one of our few books.

Michael had one sister Johanna and one brother George who died fighting for the Australian Infantry in France in 1918.