The JCMA tells us that Henry worked on the factory ship 'Salvestria' and died of Angina pectoris. 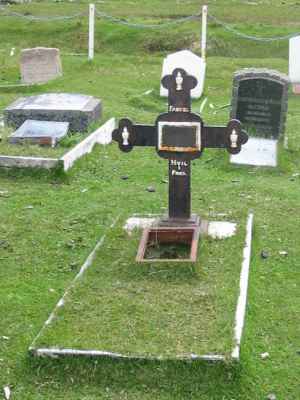 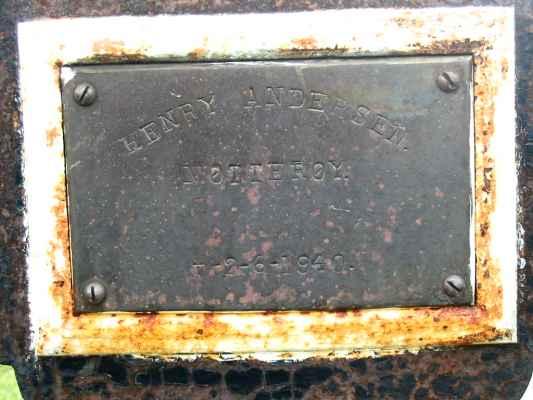 The following three pictures were taken home from South Georgia by Peter John Pole, who was at the whaling at Leith harbour from 1939 - 1941. (Peter did not take the photographs). Henry Anderson was the only person buried in Leith in 1940 and the snow indicates that it was winter so not the summers each side of the year. The gravestone at the left side of the burial picture looks like that of Einar Berg, which puts the grave in the right place, and there are not any similar stones elsewhere. Thus we can be pretty confident that these are indeed photographs of Henry Anderson's funeral. 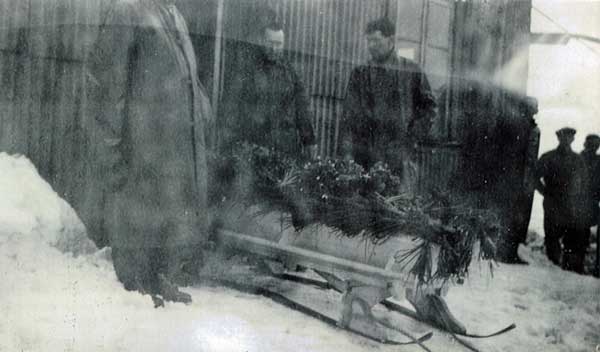 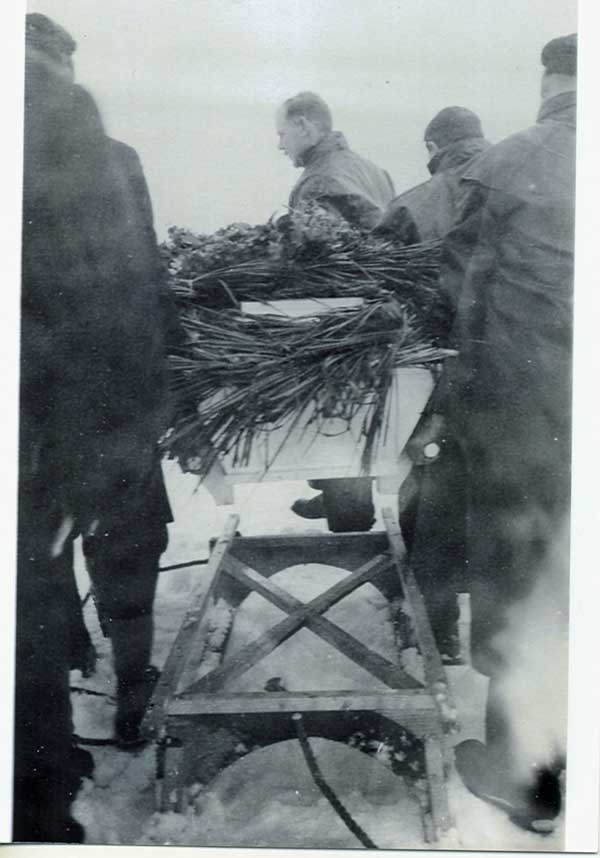 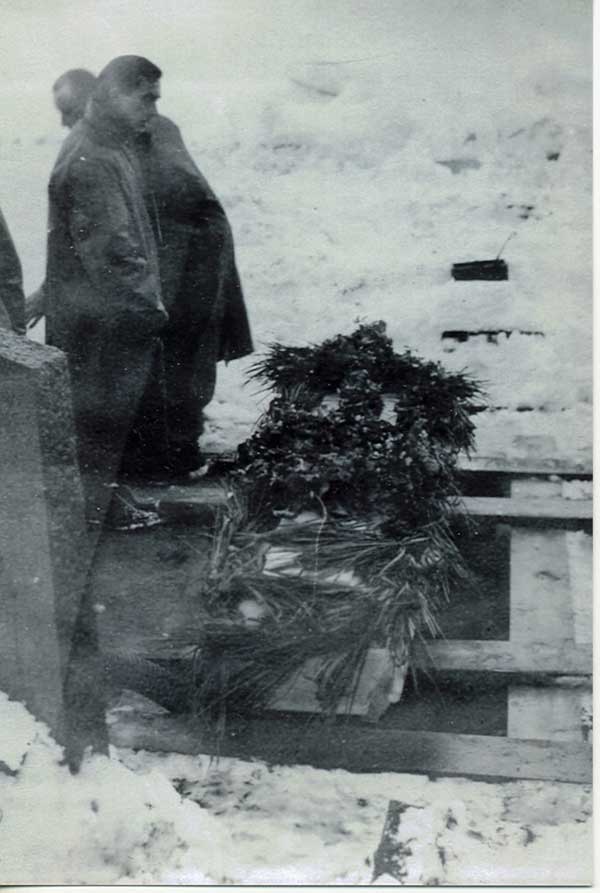