The magistrate's records at SPRI tell us that Langaas was first mate of the catcher 'R-5'. He was struck by a whale fluke whilst securing a whale alongside the catcher  in position 56° 10'S 038° 05'W.

In her book 'In the Shadow of Shackleton's Cross, an Antarctic Memoir' (2014), Beverley McLeod tells us:

"On the nineteenth of December, Dad came in from the wireless room with the news that a whaler had been killed on the R5 and that they were sailing straight back into port. Considering how dangerous an occupation whaling was, there were very few serious accidents amongst the men and a death was very uncommon. We learned that the man who died was someone we didn't know personally, his name was Gunnar Langaas. Apparently Gunnar had been leaning over the side of the catcher winching a whale alongside by its tail fluke. While he was injecting gas into the whale's body to make it float , the catcher had dipped downwards in a trough while, at the same instant, the whale had been raised up on a wave and its fluke hit Gunnar on the side of the head, its force killing him instantly. This death came as a shock to everyone. Work came to a halt both in Pesca and on The Point on the twenty-second of December, when all of the adults attended the funeral service in the little church. I wasn't allowed to attend the funeral service so well before the service was due to begin, I ran round to Pesca and hid behind a rock on the mountain above the church. I watched as Gunnar's coffin, draped in a Norwegian flag, was carried to the church in the trailer behind the newest tractor. After the service, all the men from the whaling station followed the tractor in silent tribute through Pesca to the cemetery where he was laid to rest, facing east to west and not looking towards Antarctica as Shackleton does." 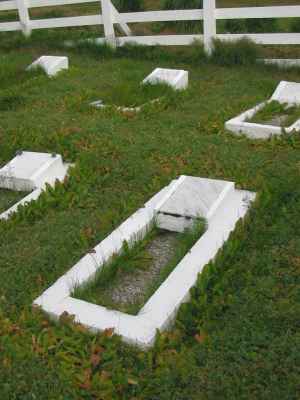 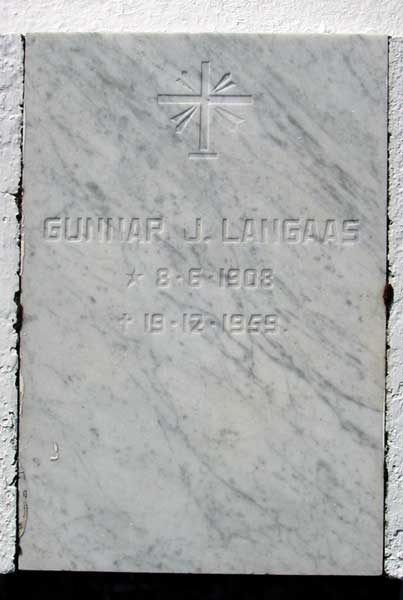 Thanks to Jenny Bonner for this picture of the Funeral Programme, dated 22 December 1959: 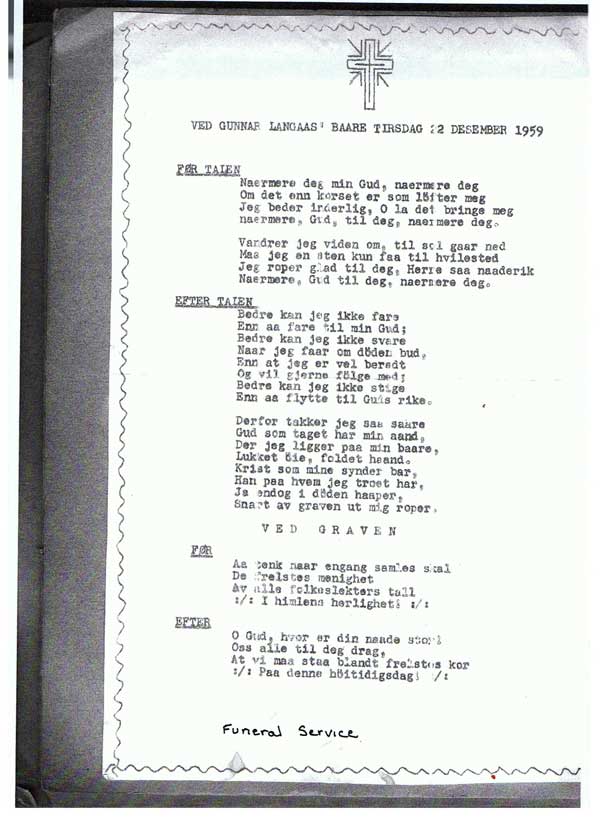 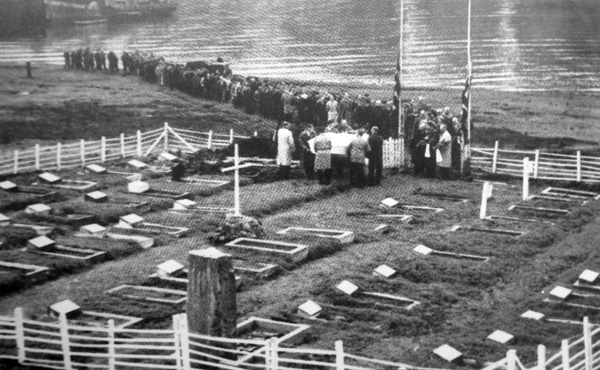