Sir Ernest died on board the vessel Quest, moored in King Edward Cove. His body was taken to Montevideo, and his shipmates built the memorial cairn on Hope Point with the cross. He was later buried in the cemetery at Grytviken (see the cemetery entry). The memorial was moved a few feet during the second world war to make room for the defensive gun emplacement, which was later moved to the other side of the bay.

A film clip showing the men building the original cairn can be seen at the Critical Past website. 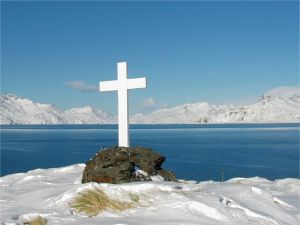 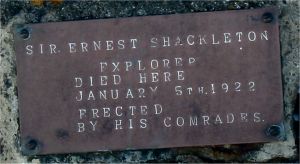 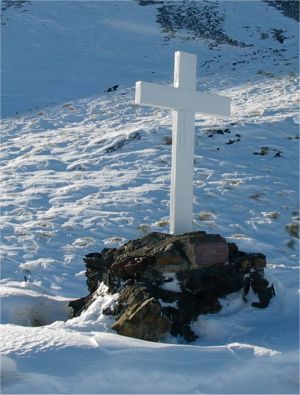 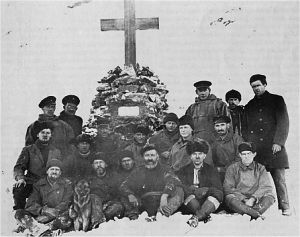 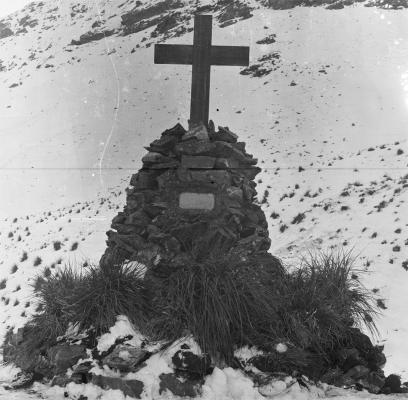