As well as the grave, there is a memorial on Hope Point, built by his shipmates on Quest. 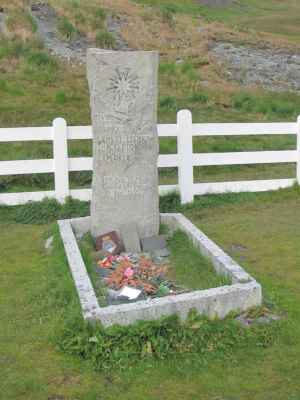 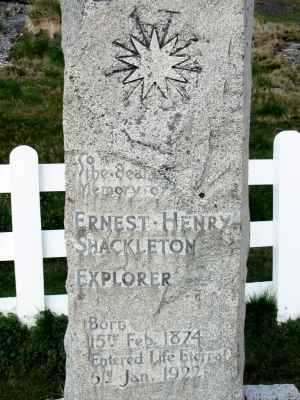 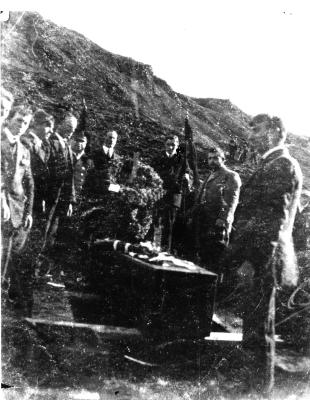 Picture: Source unknown, courtesy of Bob Burton.Shackleton's Funeral on 5 March 1922. You can just see Edward Binnie's camera and two men on the hill, taking the picture above. In his book 'Memoirs of a Lerwick Boy' Bruce Sandison tells us that his father William and five other Shetland Islanders - George Manson, Magnus Leask, John Byrne, James Brown and James Leask were chosen as pallbearers.

"I do not think it was ever discovered why Shetland men were chosen for the funeral party, but I believe James Brown, or Soldier Brown as he was called, was asked to choose the men, and he picked all Shetlanders."

The granite headstone was unveiled on 24 February 1928 by Governor Hodson.

These photographs from the unveiling are from the Atlantic Collection and can be seen on the Lardex website. 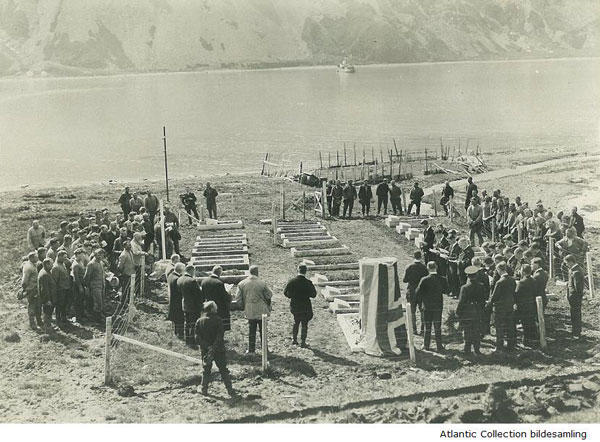 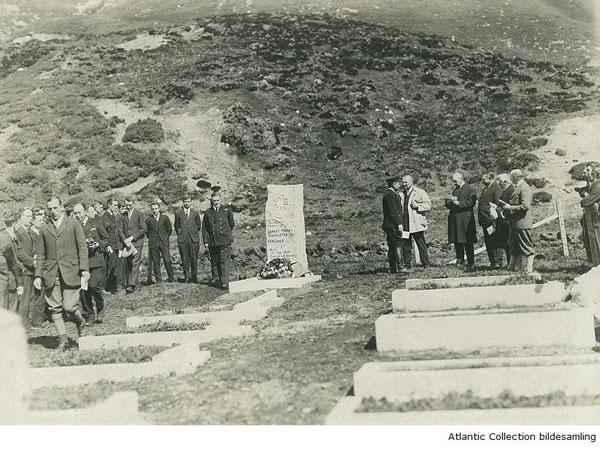 Visit By His Son Edward

In the early 1970s Shackleton's son Edward came to South Georgia and visited his father's grave.