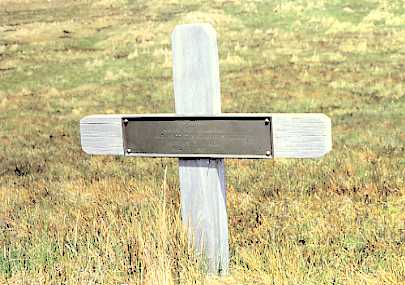 He was the son of a ship's carpenter Edvard Andersen and Elen Marie Danielsdatter. Born in Tune, Ostfold which today is part of Sarpsborg.

In the 1910 Census, we see that he is married to Annette Nilsdatter, and that he is stated as "fravaerende" (absent) and living on "Syd-Georgia". His profession being "Skibstommermand"/ship's carpenter. https://www.digitalarkivet.no/census/person/pf01036354003742 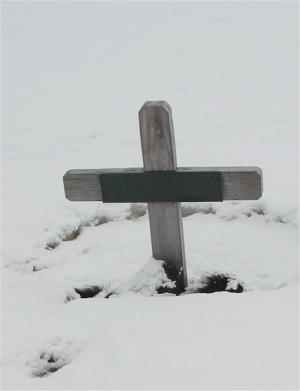 By 2016 the cross was leaning quite a way forward so was taken out and reset upright. Roger and Matt help Hugh. 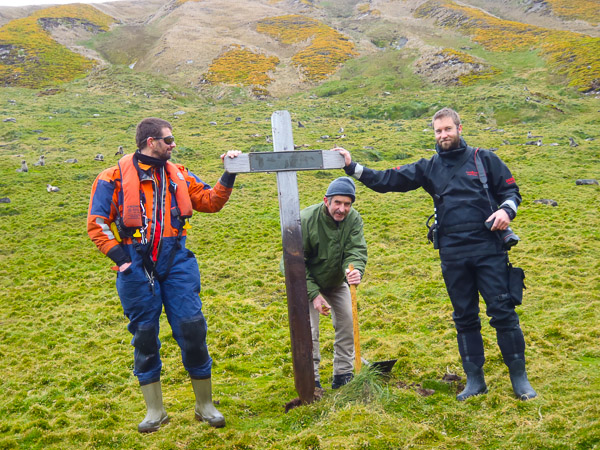 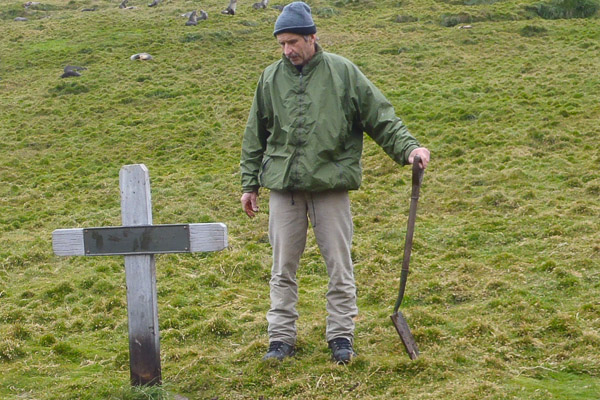