The Register of Deaths tells us that he was a sailor.

The Magistrate's records at SPRI tell us that he died at Grytviken.

But the severity of the landscape and the remoteness of the island were never felt as much as on the afternoon of 12 January when we followed the coffin of a seaman who belonged to the crew of the full-rigged ship Tijuca to his grave. The mountains and the cliffs of the bay were never so oppressive and severe as on that snowy day, as the grave was being dug in the meagre, peaty soil. It may well be that the impact strikes more heavily on such a day when death unexpectedly strikes among a group of men far from everything that is dear to them.

The wreath which my wife wove together consisted of tussac grass blades and a few geraniums, separated by cushions of Colobanthus of a lively green colour. Six seamen carried the coffin; an old alcoholic wept; otherwise everything proceeded just as at home. The dead man was buried in the same patch of peat in which Sir Ernest Shackleton rests, only 2m from him.

The grave is (October 2014) unmarked. However this is the only unmarked grave that is anywhere near Shackleton's, and he is the only person whose funeral date matches the description in the book. 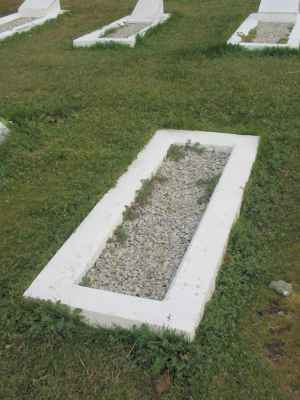 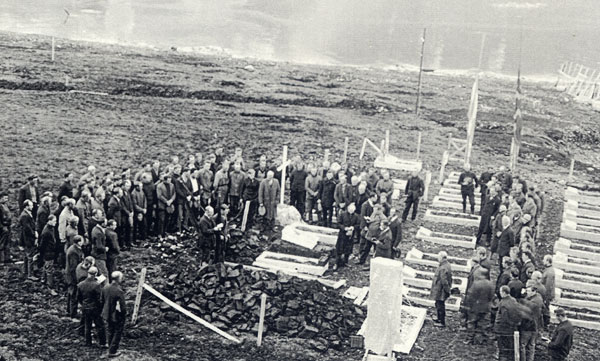 Photograph of the funeral. From a postcard courtesy of Ron Lewis Smith and Bob Burton.