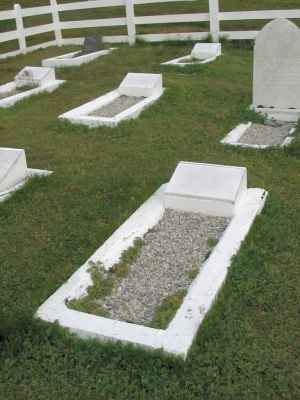 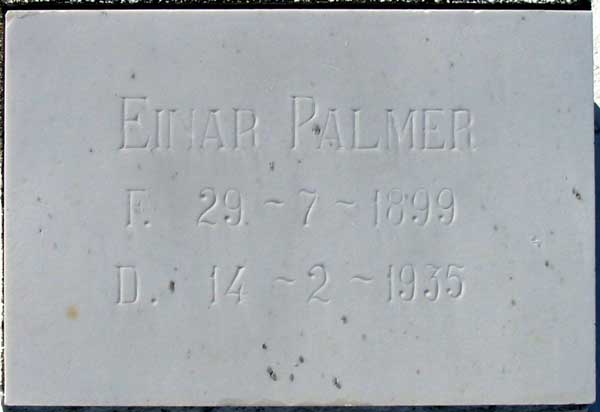 A letter from his sister's granddaughter tells us:

"Erik Einar according to the death advertisment [see below] camed from Ytternäs, which then was part of Jomala. Don’t know if he was born there, but it is probable. Died from heart attack in SG.

"According to my grandmother, who was Erik Einar’s sister, he was aware of his heart failure, and he would not have been given a doctor’s agreement / certificate to go to sea, but he bluffed his way. I have the impression that he died on board.

"He sailed on a whaling ship from Fredriksstad in Norway, and was also engaged to a girl from there. Her name was Marta Börresen."

"The father, Rimpilä, born in 1863, came from the archipelago off Åbo in southern Finnland.

"Their sons: Erik Einar and Gunnar

"The sons changed their name to Palmer. According to the death advertisment Rimpilä-Palmer!

"They both went to sea.

"Their father later emigrated to the US, but did come home to visit at least once. Their mother stayed and made a living for her family by laundering and cleaning in different homes." 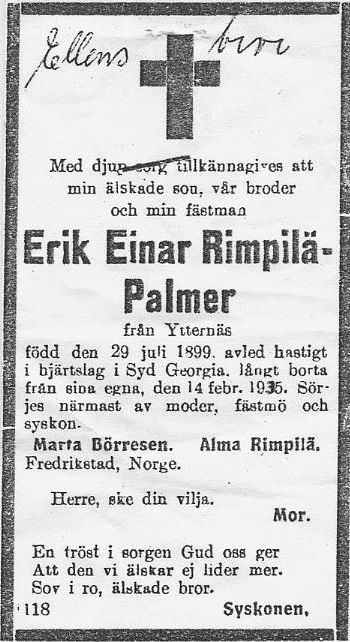 With deep sadness we hereby announce that my beloved son, our brother and my fiance
Erik Einar Rimpilä-Palmer
From Ytternäs
Born on July 29 1899 died in a sudden heart attack in South Georgia, far away from his dear ones on the 14th of Febr 1935. By mother, fianceé and brothers and sisters.
Marta Börresen. Alma Rimpilä
Fredrikstad, Norway
Lord, we follow your will.
Mother

A comfort in our sadness God us gives
The one we love doesn’t suffer any more.
Rest in peace, beloved brother.
Your brothers and sisters

Thanks to Olle Carlsson for this information, and for translating